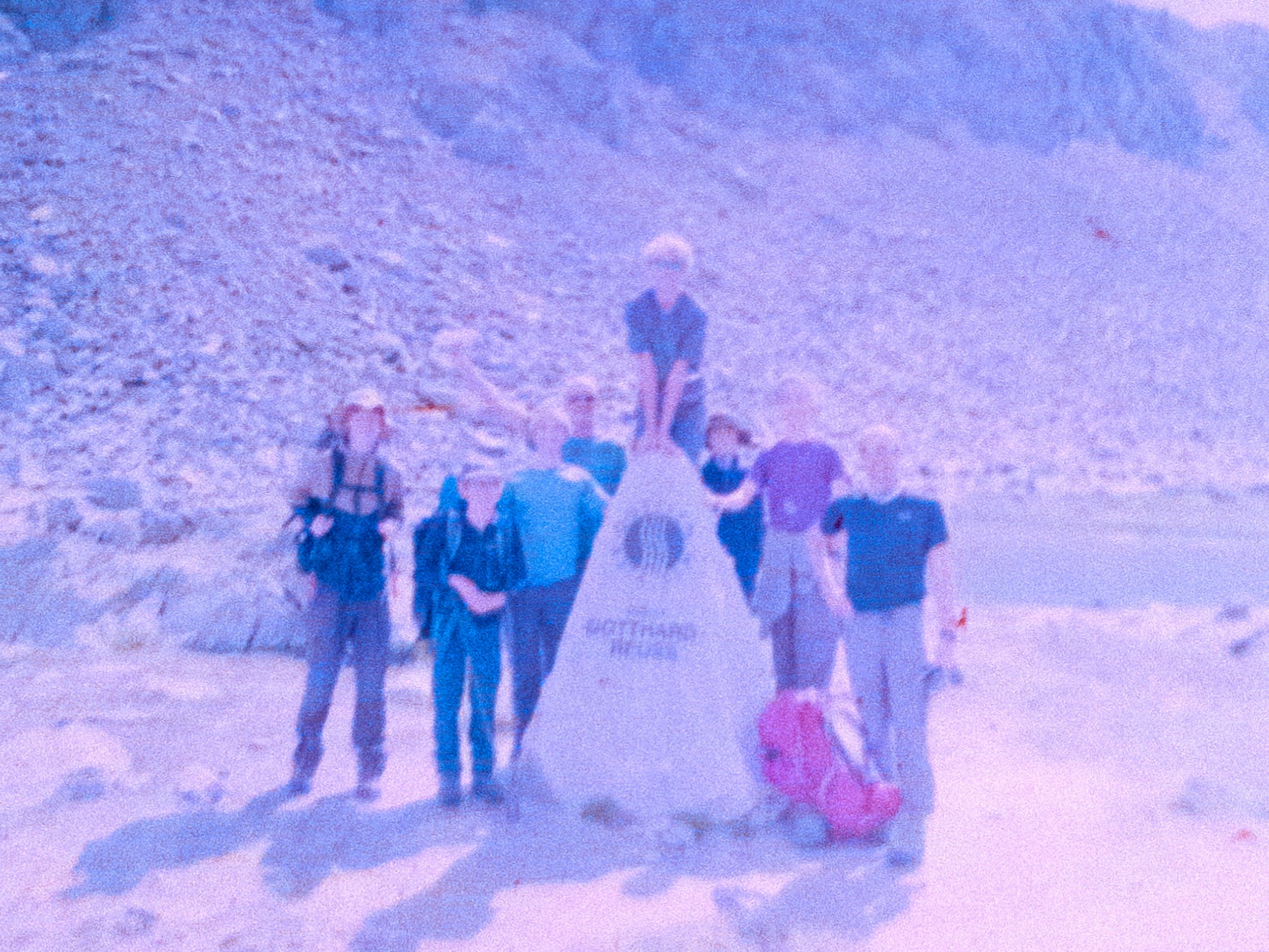 This August eight scouts and three scouters embarked on a trek spanning over 100 kilometers and reaching heights of almost 3000 meters on the four sources trail. The five day hike took the scouts to the sources of some of Europe’s most famous rivers; the Rhine, Reiss, Rhône and Ticino.

At night the scouts slept in tents and refuges, even sleeping in tents through some difficult weather. And during the days, the hikes were filled with challenges for the scouts to overcome, breathtaking views, and incredible stories to be told.

Day one started with a train to Oberalppass and the group set off for a day of hiking that took them past the source of the Rhine. Then a few more hours and they decided on a campsite for the night and they settled down with setting up tents and delicious MREs.

Day two started rough as a storm had passed over the night prior. However the scouts were up early and hiked down to Vermigelhutte for breakfast. Then the scouts set off once again for a 6-7 hour hike over the Guibin pass and down to Gottardpass where they were greeted by a cold, rainy and windy cloud that had set over the town. After some discussions, they agreed to stay at the hospice in town.

Day three commenced with a nice breakfast and then setting off for a 7 hour hike. Finally emerging from the cloud and climbing over the gotthard pass and passing the source of the Reiss, the scouts hiked accompanied by scenic views and good company. Finally arriving at the refuge for the night, Capanna Piansecco. There they settled down and rested for the night.

The scouts, well rested, now set off for day four. A long day before them, they passed by the source of the Ticino, over the Nufenenpass, and had lunch on a dam. Then the scouts descended towards Obergesteln and took a train to Oberwald, further down the valley. That night the scouts set up camp in a wooded area and had a campfire together, reminiscing over the past days as it was their final night together. They shared stories, cooked sausages and told their favorite moments from the trek, before going to sleep.

The final day started and the scouts packed up their tents. A group decision was made by the scouts that for their final day, they wanted to summit the Furkahorn. So they went to the store, picked up lunch and took a bus to the Furkapass, passing the source of the Rhône. Then they climbed up the mountain and had lunch with a spectacular view. They then descended the mountain and took the bus from there to the train which returned home.