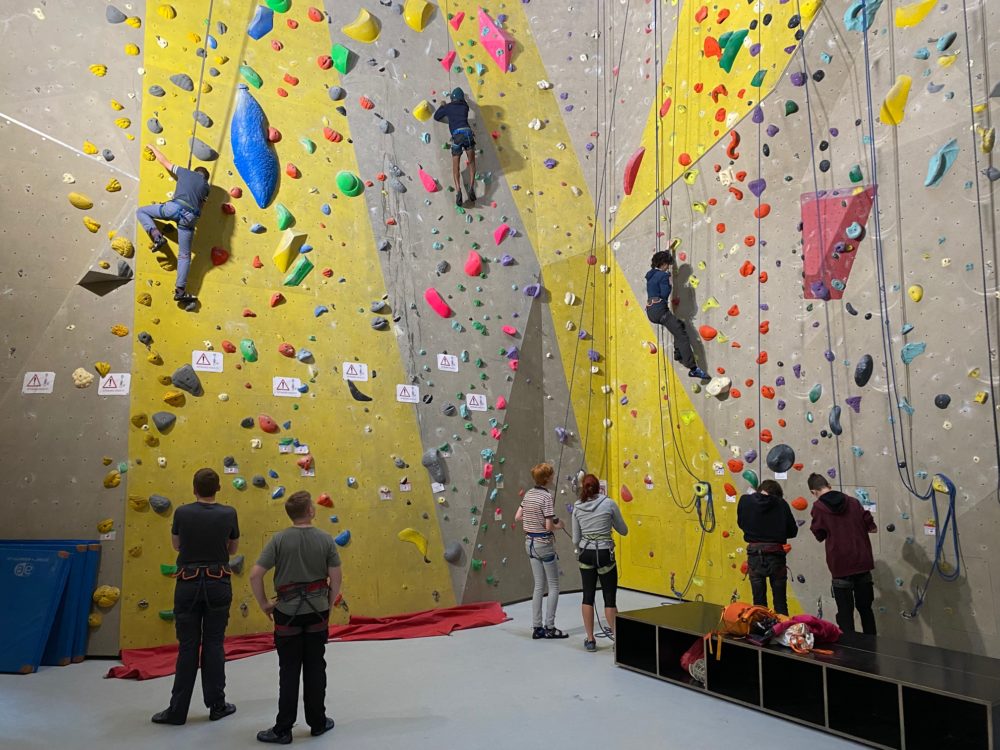 Sixteen scouts including four from Troop 130 (also based in Geneva) enjoyed an action-packed four days amid magnificent mountain scenery.

On the first day, we tackled the indoor climbing wall in Saxon near Martigny, practising a wide range of techniques from bouldering to belaying under expert supervision. A picnic lunch at Champex Lake was followed by a short hike. In the evening, scouts practised wood chopping and fire-making skills.

Heavy rain in the first couple of days failed to dampen our spirits – and when the dry weather finally returned, it made the ziplines at the upper station of the La Breya chairlift all the more enjoyable. At 2200 metres, swinging more than 500 metres back and forth across the valley, we had views as far as Lake Geneva and Vevey as well as the Combins massif when the cloud and mist lifted.

From the ziplines, one group had a spectacular trek to the Cabane d’Orny at 2,800 metres where they spent the night. The last part of the hike to the hut is along the glacier moraine. The other group returned to camp for accrobranche and a hike.

On Saturday, we enjoyed a fascinating visit of the underground artillery fort in Champex. Built during World War Two and adapted for a possible nuclear conflict during the Cold War period, the fort was used by the Swiss army until 1998 and consists of more than 600 metres of tunnels dug into the mountain. Totally invisible from the outside, the fort was able to house 300 men and was a central part of the fortifications in the Grand-Saint-Bernard region.

We then headed to the nearby lake to try out paddle boards, canoes, pedal boats and row boats followed by obligatory ice creams.

Back to camp for dinner, campfire and traditional skits.

On the final morning a group of eight took the cable car near the campsite so they could whizz down the mountain on scooters. We broke camp by midday.

What made this campout even more special was the participation of scouts from Troop 130 (also based in Geneva). The two troops operated seamlessly as one – suggesting the potential for future cooperation.