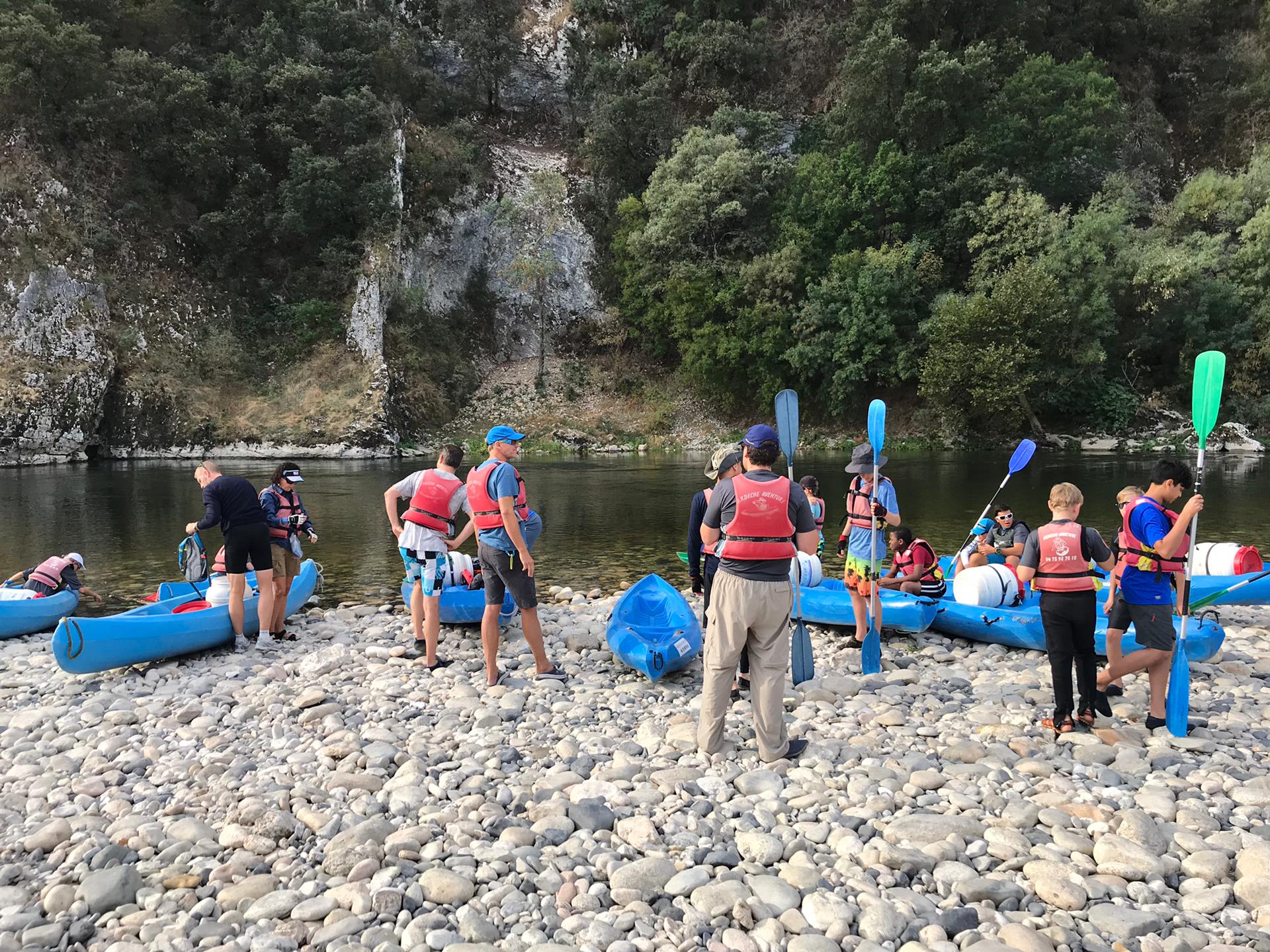 On the weekend of 21-22 September, Scouts from Troop 77 (and families!) went canoeing and kayaking in the Ardèche area of southern France.

We left on the evening of 20.09 after school in order to be able to start our canoeing trip as soon as possible the next day. After a 3 hour drive we arrived at the campsite (some arriving at 11pm!) and immediately put up our tents and got some sleep.

We woke up early on Saturday, and after a pain au chocolat and croissant breakfast, we headed to the canoe centre to pick up our gear before being driven to the drop-off point along the river.

After some brief explanations and tips from Christer, we set off, 2 in a canoe (or kayak) and for three hours, we canoed and kayaked relatively “peacefully” with only a couple of capsizes! We stopped for a lunch of bread, cheese and ham along the river before continuing our adventure.

Quite a few of us capsized, and it was actually quite fun! The rest of the journey was flatter with less rapids, and we shared some funny stories when we got back, after 6 AND A HALF HOURS and 25km of canoeing.

That evening we went to a great restaurant in front of the river, and had a well-deserved dinner of salad, chicken and gateau d’Ardèche.

On Sunday, after eating breakfast, we packed up our tents, and went to “L’Aven d’Orgnac”, a series of massive underground caves dating from prehistoric times! We had a guided tour and it was amazing to see the huge stalagmites and stalagtites that were hundreds if not thousands of years old.

What a great action-packed weekend Troop 77 had!