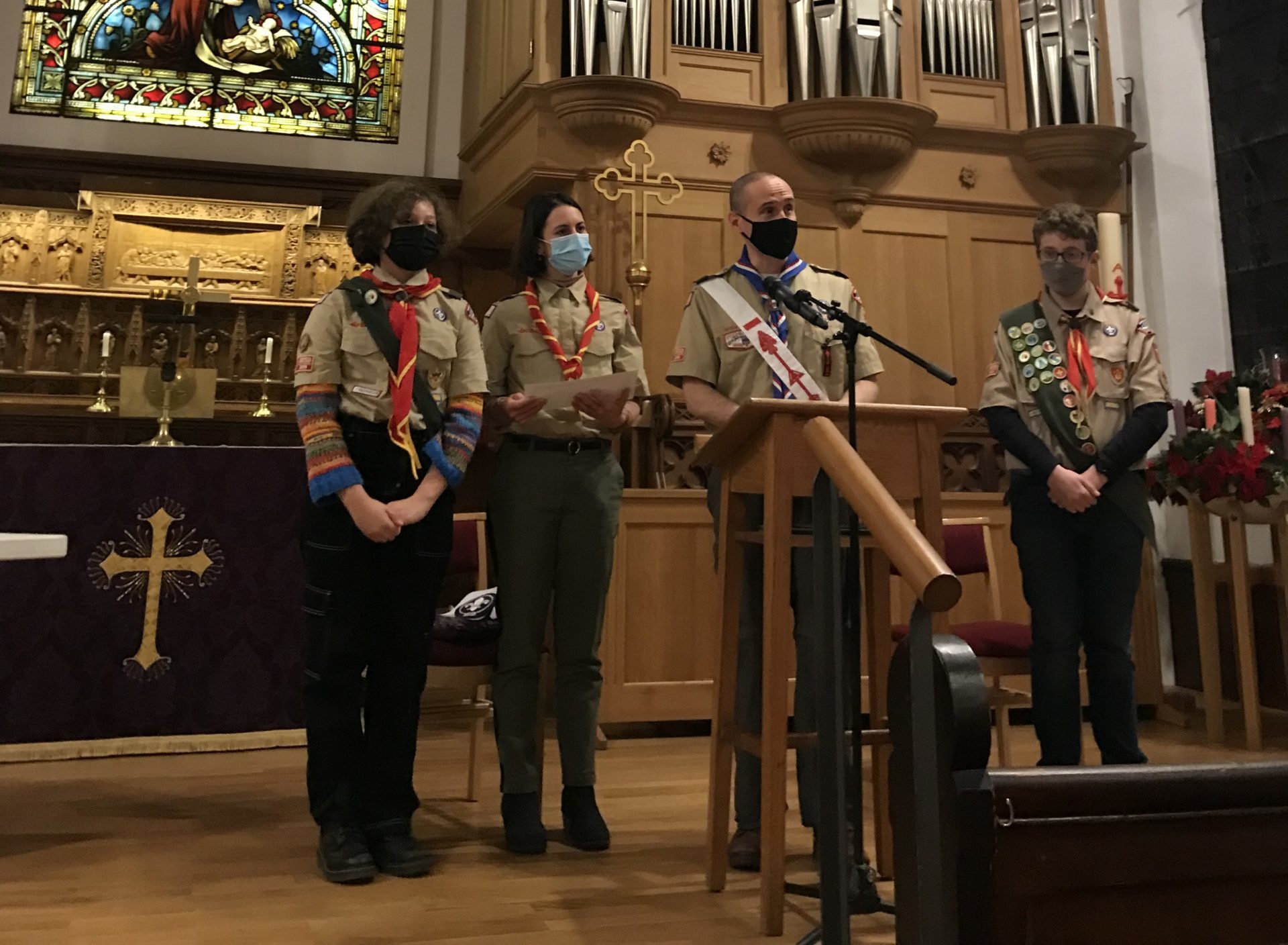 We held our latest Court of Honour on Friday, 10 December, recognising Scouts for advancement, Merit Badges and other achievements over the past six months.

A combination of heavy snowfall and Omicron made this a hybrid event with many scouts and their families watching proceedings on the live video feed, streamed from Emmanuel Church.

During the ceremony, we presented a list of recent activites including the winter campout and survival weekend, Ardeche canoeing trip and Alpine trek.